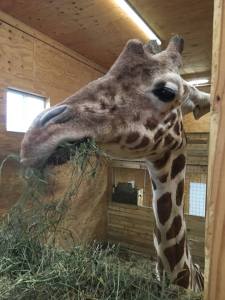 Atlanta, GA – Big news from The Young Messianic Jewish Alliance this week as they announce they are planning a video tribute to the April the Giraffe, who was mercilessly slaughtered over the weekend, simply because giraffes are biblically Kosher, but are not readily available as food. The video will be a sequel to the still yet to be released tribute to Harambe, that was supposed to have been released five months ago.

“We filmed the Harambe video in January at the ARCH Leadership Summit, but my laptop has been broken literally for forever,” said YMJA member, Caleb Goldberg, who is in charge of making both the April and Harambe tribute videos. “I could let someone else edit the videos, but I like to keep my commitments. Besides, I’m Jewish, aren’t I supposed to be late with everything?? I don’t think I’ve bitten off more than I can chew; I feel very optimistic that I will be able to release both videos in time for the 10th anniversary of their deaths!”

We’ve re-branded for 2017! Special thanks to our friends at Keren Ohr Messianic Synagogue in Savannah, GA for their help: Ellie Caracelo drew our new mascot, Elliot C. Meow (before anybody asks: yes, his family’s original last name was Meowskowitz and it was shortened at Ellis Island) and Rebbetzin Jennifer Caracelo re-designed our logo, as well as our new web site and business cards! Be sure to check it out the new web site! And, just so we’re all on the same page, there is a ride at Yeshualand named after this family: The Jude and Jennifer Carousel-o! 🙂

Please take a few minutes to fill out this survey about The Meow and let us know what you think so far. Your responses are very important to the future of The Messianic Meow. Thank you! 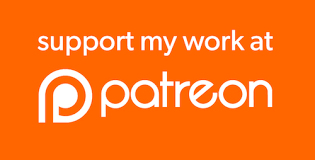 Dear fans of The Messianic Meow:
I first want to tell you how grateful I am for the support you have all shown me throughout the last three months. When I started this, I had absolutely no idea what to expect, and certainly did not think I would have 630 page likes this early on or that The Messianic Times would be publishing my articles.
I published the first Messianic Meow article on July 25th. On July 29th I found out my position at work had been eliminated. My first thought was “Is this a sign I’m just supposed to be focusing on The Meow?” I’ve been praying about it for three months and have finally decided to jump off the cliff and do this full time. The thing is, I need your help.
Doing The Meow full time means I can continue making funnies, because I don’t have to worry about working 40+ hours a week at a job I hate or continue looking for a job I hate when nothing is working out. This means I have time to use more of my ideas than just satire articles, including, but not limited to writing Purim spiels and other holiday plays that I can offer to congregations at no cost to them/you. This also means I’m available for speaking engagements. Has your congregation or conference ever had a Messianic comedian before?
I figured it out…if every single one of my Facebook fans is able to give just $10 a month, I’ll be in really good shape. At that point I would probably be able to pay people who submit articles as well.
I know what you’re thinking…great, someone else is asking me to donate money. But ask yourself this…do you enjoy The Messianic Meow? Does it make you laugh? Does it make you smile, chuckle, chortle, or guffaw? Do you like that there is a piece of pop culture that belongs solely to Messianics?
Please pray about supporting The Meow. I have set monthly amounts on the web site below, but those are just examples and you may type in any amount to donate, whether it’s $1 a month or $40 a month or $5,000,000 a month. Just follow the below link and click on the red “Become a patron” button near the top right corner of the page.
Prayers and sharing this post help me as well.
Again, thank you so much for your continued support.
Love, Meow.
www.patreon.com/messianicmeow 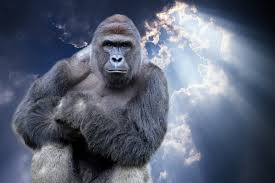 Atlanta, GA – Big news from The Young Messianic Jewish Alliance this week as they announce they are planning a video tribute to the late gorilla, Harambe, who was tragically euthanized after a child fell into his enclosure at the Cincinnati Zoo in May of this year. The controversial killing of Harambe has sparked many memes, petitions, and other tributes, with The YMJA now following suit.

“We actually started planning this at Messiah Conference this past July while on very little sleep,” YMJA member, Caleb Goldberg explained. “We agreed a video on YouTube would make a much bigger statement and reach a lot more people than if we just did a performance at the YMJA Talent Show. The video is going to involve all 1,000 members of the YMJA and will be a combination of interpretive dance, and songs written about Harambe. I choreographed most of it and I’m super excited about the finished product, which we’ll be unleashing on the internet for the six month anniversary of Harambe’s tragically tragic death.”

The YouTube video will be titled “No More Monkey Business” and will be nine hours long, including an introduction in sign language by Koko the Gorilla. No More Monkey Business is set to make its debut on November 28th, 2016 and will be available to watch at www.youtube.com/calebgoldbergisawesome. And, if you think you’ve seen enough Harambe tributes, well, you ape seen nothing yet.

Try to find me a more Jewish sounding dog breed. Just try.
No Seder is complete without Buffalo wings!