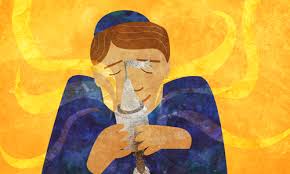 Nashville, TN – The Havdalah Spice Girls released a new fragrance this week to promote their upcoming album “Besamim.” The fragrance, which also bears the name “Besamim,” smells of cinnamon, cloves, and nutmeg and comes in a bottle the shape of a Havdalah spice box. Besamim is the perfect scent when you want to smell like fall. The kind of fall that happens in Murca anyway.

“Move over pumpkin spice everything; Besamim is here!” Rebecca Rudolf, AKA Dancer Spice, said in an interview. “We were originally going to have a scent that was a combination of candle wax, fire, and grape juice, but we decided it would be better to just release a fragrance that shares a name with our album, which will be available soon on iTunes!”

The Havdalah Spice Girls are also in talks to release an entire line of fragrances, including “Sukkot Spice,” which will smell like lulav and etrog, and “Ashkenazi Spice,” which will smell like brisket and noodle kugel. Besamim, the fragrance, is available now at Neiman Marcus and Macy’s. Stay tuned for a release date on Besamim the album, and remember to purchase your tickets to see Misha Goetz, AKA Shy Spice, in the new hit Broadway musical “They Tried to Kill Us, We Won, Let’s Eat.”