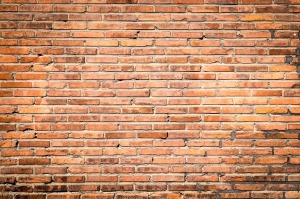 Murca – Less than a week into his Presidency, Donald Trump is already busy making changes that will affect the entire nation. For once, Messianic Jews are actually being included in Presidential plans, as opposed to being ignored entirely, as if nobody has ever heard of their existence. Not only are Messianics being included, but the biggest issue facing the movement is what’s being targeted here, and that is division.

“President Trump wants to unite by dividing,” Presidential Counselor, Kellyanne Conway explained, in an early morning Press Conference, today. “We keep everyone separated that needs to be, and that will cause peace. Walls keep people from fighting. We all know The MJAA and The UMJC don’t get along, so building a wall between them will keep the issues at bay. Just as Pyramus and Thisbe were separated by a wall and found love through a hole in that wall, so too shall the two largest Messianic congregational organizations. And not only that, but the tithes, offerings, and membership fees for both organizations will pay for the wall to be built, so normal American citizens won’t even have to worry about their taxes being raised. We are making American great again!”

The date and location of the forthcoming Messianic wall are still TBD, but Trump says he plans to use matzah as a building material to 1) save money and 2) make the wall extra sturdy and extra Jewish. This also prompts the phrase “Make America Streit’s again!”