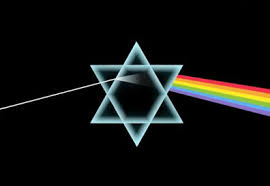 Murca – A Messianic Jewish colony will open on Earth’s Moon sometime in the future. After announcements came from both Chosen People Ministries and Jonathan Bernis this week about Messianic activity on the Moon, it was time to make the news of the new Colony official. While this has been in the works for quite a while, it has been kept under wraps, due to licensing and privacy issues.

“We already use the Lunar Calendar in Judaism, so this actually makes perfect sense,” said Rabbi David Chernoff of Congregation Beth Yeshua (CBY) of Philadelphia. “CBY is large enough to be a self sustaining Kibbutz, so we are actually going to move our entire congregation to the Moon, when the time comes and extend an invitation to the greater Messianic community to join us as you see fit. We’re working closely with Aaron Trank and his former NASA colleagues to make this happen and are very excited for what the future holds with this new Messianic colony.”

Plans are already in place for the new Messianic Moon Colony to have a Yeshualand and will also be home to an exact replica of both Messiah College and The Rosen Plaza Hotel; anyone coming to Muchan 2020 will have their choice of staying in either place. In addition, Brews for Jesus plans to move their new headquarters to the Moon. Trank will Periscope the progress as soon as the project is far enough along that it can be made public. The new Messianic colony is expected to be crater than any other living situation for Messianics.

2 thoughts on “Messianic Jewish Colony to Open on the Moon”