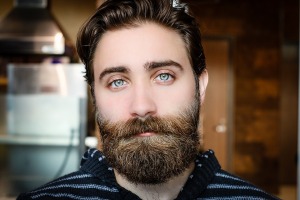 A fantastic beard and great beard maintenance are an expectation that most people have for a Rabbi. Great beard maintenance means using lots of beard oil. It is believed to also be a throwback to the days of the High Priest, Aaron, who poured manly scented oil all over his beard. It is rumored that his beard actually built the Golden Calf from residue alone.

Recently, when Messianic Rabbi Shmuel Goldenfarb ran out of beard oil, he said to his wife, “I need more beard oil or people will leave our Synagogue and stop tithing.” His wife responded, “We can only afford one bottle of beard oil a year; that stuff is expensive.” That’s when Goldenfarb had an idea! He could raise the money on the interwebs! Of course not knowing how to use a computer, he called his Grandson, who quickly set up a GoFundMe for a year’s supply of beard oil.

Beard oil was much cheaper back in the day, but with the rise of Evangelical Hipster Pastors and their attempt to look like a cooler version of their favorite reformation preacher, the price has sky rocketed! At press time, Goldenfarb has raised eighteen cents towards his $150 goal. Turns out the eighteen cents was a mistake, when a Bubbe in Michigan meant to give eighteen cents to her grandson’s college fund because the number 18 represents “life.”

Goldenfarb noted that with all of the expectations that congregants put on a Messianic Rabbi, having to worry about how to afford beard oil should not be one them. You can help today and maybe even consider donating a bottle of beard oil to your Rabbi this coming Rosh Hashanah. Don’t worry, he won’t dip apples in it.

An explanation of why things have been so quiet here.
How many things are wrong with this photo?
He’ll wash your feet, and then He’ll wash your car.
Why do they look like dreidls?