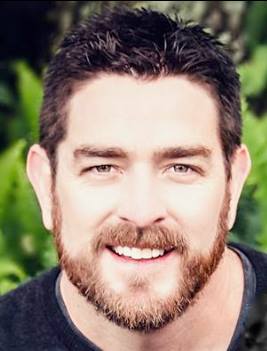 Glendale, AZ – A new study from The Messianic Behavior Research Institute found that Rabbi Tim Hyslip of Congregation Baruch HaShem, near Phoenix, is actually Superman. The study began in December after Rabbi Tim suffered a Level 3 Embolic Stroke in his right frontal lobe and was released from the hospital within four days. This marks the first medical related study from the behavior institute.

“Rabbi Tim’s stroke coordinator referred to him as a ‘walking miracle’ and we can’t exactly argue with her there,” explained Dr. David Matzah of The Messianic Behavior Research Institute. “For someone barely into their 40s to have a stroke the size of an adult male’s fist and be out of the hospital in less than a handful of days…I mean obviously something is going on here that we can’t see. Other than God performing a modern day miracle, of course. I started to suspect that Rabbi Tim may be Superman when he was released from the hospital. First of all, it’s a well known fact that Superman is Jewish. Second of all, Superman and Rabbi Tim have never been seen in the same room at the same time, so that definitely tipped me off. And third of all, and I cannot stress this enough…’walking miracle’ or hidden super powers? You be the judge. Fortunately for us we were able to get a sample of Rabbi Tim’s blood from the hospital and have run extensive tests, the results of which we have finally received from our friends at the CDC. Normally the CDC would not be helping with something like this, but they were incredibly intrigued. Anyway, Rabbi Tim did, in fact, test positive for a Kryptonite allergy, proving that he is definitely Superman. This may also explain why he insists on changing clothes in phone booths.”

While Rabbi Tim does possess super human recovery powers, unfortunately he and his family of seven do not have super human make-money-appear-out-of-nowhere powers, and still have to figure out how to pay for the medical bills acquired from this already stressful ordeal. Please consider helping them out by donating here: https://www.gofundme.com/timhyslipmedicalfund