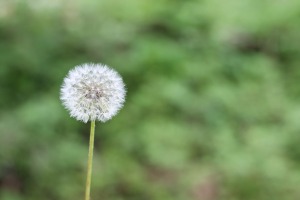 Washington DC – 23 year old Alison Goldbloom of Alexandria, VA was seized by the United States Government, early Tuesday, after it was found out she has eight Jewish Great Grandparents and zero allergies. Goldbloom has no food or environmental allergies, making her the subject of a widespread panic among the Food and Drug Administration. Ashkenazi Jews are notorious for having multiple allergies, so to find one without any is cause for alarm.

“Ms. Goldbloom has exhibited signs of a super human, or perhaps, alien race,” Michael Johnson, a scientist with the FDA, explained in a press conference. “We’ve run extensive tests on her and she has not reacted to any of the hundreds of allergens we’ve pumped into her system. It’s quite remarkable, really, especially after we’ve run DNA tests on her and she has not a drop of gentile blood in her system. We’ve never seen anything like this, and, frankly, we’re a little concerned that we have been invaded by aliens. Ms. Goldbloom, sadly, will not live to see her 24th birthday, but she will die in the name of science! This is for the good of the human race. However, if anybody from her home planet would care to save her, we will gladly trade you Walt Disney’s frozen body, and a lifetime supply of McDonald’s Big Macs, for the secret to, what is clearly, immortality.”

While no official decision has been made yet on how or when Goldbloom will be ‘sacrificed in the name of science,’ The FDA is expecting to arrange to take care of that before the holidays, in the hopes that whoever claims Goldbloom as their own will want to come back for her before Chanukah. A petition has been started to spare the young Jewish woman, who was most likely just born with an abnormality in her genes. The petition can be found at www.change.org/p/alison-goldbloom-save-poor-jewish-girl-with-no-allergies