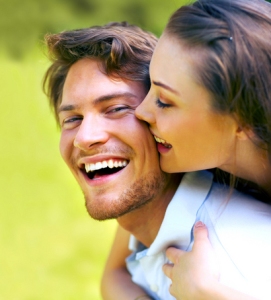 Grantham, PA – The results of a study performed at Messiah Conference this past July on a link between the amount of sleep you get at conferences and the likelihood of a Conference Crush (CC) working out, have finally come in. The experiment was performed on a sampling of 100 youth from the YMJA who volunteered to be hooked up to electrodes throughout the duration of this year’s conference. In addition, they placed a camera in the teepee in front of Larsen, as well as in the covered bridge, to monitor behavior of millennials at the conference.

The study found that there is, in fact, a direct correlation between the lack of sleep that is typical of conference goers, and finding a CC that is completely wrong for you. “It’s quite remarkable,” says Dr. David Matzah of The Messianic Behavior Research Institute, an up and coming research facility that studies the odd behavior of Messianics, not common to any other cultures. “Our findings indicated that the less sleep one had during the seven day conference, the more likely they were to be attracted to someone who lives more than 500 miles from them, is already attached to someone else, has an age difference of five or more years, or is someone their parents would never approve of. Okay, who’m I kidding? You’re both Messianic, your parents approve. End of story. Those who were able to sleep a typical number of hours per night during the conference, but who stayed up all night during the lock in on the final night of conference were found to develop star crossed CCs just before leaving to go back home. Sadly, we were unable to find anyone who slept during the lock in, but we assume that should someone like that exist, they would be highly unlikely to develop a star crossed CC, and perhaps they may even have someone waiting for them at home, though they are probably unlikely to be able to form human bonds and that would be why they were sleeping through a lock in to begin with.”

The Messianic Behavior Research Institute concludes that getting a good night’s sleep will prevent everyone from marrying the wrong person, just because they’re both Messianic. Upcoming studies that are scheduled include: Why do Messianics blow shofars in July?, Why do Messianics need food at an event in order to attend?, Why don’t Messianics ever agree on anything?, and How’s that rigorous conference schedule working out for you? To volunteer for a study you may visit yeshuaslist.org for more information. If you participate in and complete a study you will be compensated for your time with a restaurant gift card of your choice.