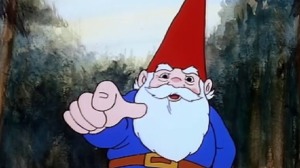 Springfield, PA – In a landmark press conference this week, MJAA President, Rabbi Larry Feldman, has announced a sweeping legal change within the Alliance. The new rule, passed unanimously by the board, will bar men named either David or Michael from seeking Rabbinic ordination through the organization. The ban will last for a period of six months, but includes a provision to extend it, should the board feel that such action is warranted.

When asked for explanation of the reasoning behind this unusual new rule, Rabbi Feldman explained that it was an attempt to ease an increasing confusion among the Rabbis. “Look, obviously nobody on the board has any problem with the names in and of themselves,” he said. “I mean, we’ve got two Davids and two Michaels on the board, all of whom voted for the rule. But that right there illustrates exactly why we needed to act. There are just too many of them. You call out for Rabbi David or Rabbi Michael at a Rabbis’ conference, and it seems like a good third of the crowd thinks you’re talking to them.”

However, Rabbi Feldman assured the gathered press that such an extreme measure was not undertaken lightly. “Believe me, this is a decision we’ve come to only after many hours of prayer and intense discussion. Our first thought was a rule that required all Rabbis to go by their last names, but that just resulted in the same problem spread wider. Do you realize how many father and son rabbis we have? I didn’t until we discussed standardizing to last names. And then there are guys like David Rosenberg who can’t get ahead either way; you try calling him by his last name to avoid the David issue and you just end up addressing his entire family, which all happen to be Messianic Rabbis as well. After that idea fell apart, we discussed adopting some kind of quota system, but everyone had his own idea on how to do that, and we ended up completely deadlocked on the details. In the end, the ban was all we could do for the time being. We’re hoping we’ll be able to hash out a better system at the next Rabbis’ conference, but frankly, if your name is David or Michael and you’re hoping to get ordained, you may want to pray about the virtues of going by your middle name.”

Since the announcement, widespread concern and confusion has been reported among the various Davids and Michaels currently scheduled for MJAA ordination. “It’s just that the wording is really unclear,” said David Baumstein, who’s scheduled to be ordained next month. “I’ve read through the new rule five times, and I still can’t figure out whether this means my appointment is canceled. And if it does apply to me, I can’t even use their suggestion of getting ordained under my middle name, because Michaels are banned too. I sent an email, but I haven’t heard back yet. If I don’t hear otherwise, I guess I’ll just have to go in and pray that everything turns out okay.”

While Rabbi Feldman and the rest of the MJAA board stressed that this is strictly a temporary measure, they also refused to rule out the possibility that, barring some more permanent solution, the ban could be extended or even expanded. “Look, this will be our top priority at the next meeting,” said Feldman, “but if you’ve never been to a Rabbis’ conference you can’t really understand how hard it is to come to a consensus on anything. You know the saying ‘two Jews, three opinions?’ Well, when those Jews are Rabbis, trust me, that’s a very low estimate.”

As for what may happen if the issue can’t be resolved in the next meeting, Rabbi Feldman refused to speculate, but did have one word of warning. “If we can’t solve it? We’ll deal with that if it comes up. But should that day arise, all I can say is potential Rabbis named Jeff may soon find themselves on thin ice as well.”