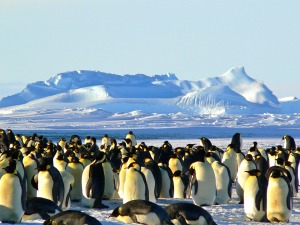 In response to the overwhelming success of their various regional conferences, the YMJA has announced the first ever youth-only Extreme South regional retreat, which will be the first regional conference to take place outside of the United States. The event will take place in January of 2018, and will be held at McMurdo base in Antarctica.

“We’re very excited to announce this new regional retreat,” said YMJA President Jason Rich. “It’s a fantastic opportunity for all of our YMJA members who are currently conducting scientific research at the South Pole, as well as those who would simply enjoy the change of scenery, to gather together and focus on their spiritual walks. This will be a true retreat, even more so than any of our other conferences – a chance to get away from all of life’s distractions and focus on fellowship and drawing closer to God.”

Obviously, the retreat’s polar location has prompted some adjustments to the YMJA’s usual retreat format. Rather than being set for a specific place and time, outdoor events such as the snowman competition, the penguin safari and the ice fishing will be scheduled to occur somewhere within a certain time range, with the precise time and location announced shortly before the event based on weather and leopard seal sightings. Indoor events will still have specified times, but since the base functions primarily as a research station, the events may shift locations due to the needs of the site’s staff.

The unusual site has also prompted some additions and tweaks to the rules. For example, the YMJA’s infamous modesty motto, “If your belly button shows, you’ve got to change your clothes,” has been altered to better suit the situation of the retreat’s extreme climate; as such, attendees will instead be informed that, “If your belly button shows, remember these helpful tips to prevent frostbite.” Also, in a move sure to please the under 18 crowd, the usual midnight curfew has been waived. The reason for this change is that it was judged superfluous in a facility where all outdoor travel requires the presence of a qualified chaperone due to the cold and the need to protect the environment from excess human interference. Additionally, the YMJA leadership team has specifically asked that people refrain from bringing a particular item. “We realize that the temptation must be great to watch the movie ‘The Thing’ while you’re in Antarctica,” said YMJA treasurer Ravi Goldberg. “After all, it takes place at the very facility we’ll be staying at. However due to its R rating, we ask that attendees not bring or watch the movie while at the retreat.”

As for the cost of attending, which may be high due to the exorbitant rental fees charged by the base for use of their facilities, Goldberg says that some financial assistance will be available for those unable to cover the expense. “We don’t want the cost to force anyone to miss out on this wonderful opportunity,” he said. “Sadly we can’t do anything about travel expenses, but we will have a limited number of scholarships available to cover the price of the conference.”

For those interested in attending, details including registration information will soon be available on the YMJA website. And if you are looking to come out, President Rich has one last piece of advice for you. “Whatever you do,” he says, “don’t forget your coat!”