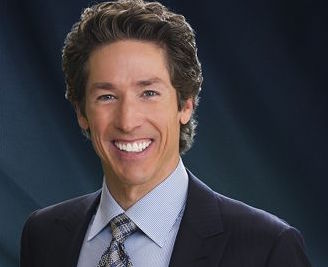 David and Joel Chernoff and the entire leadership of the MJAA-ROI is ecstatic to announce the discovery that Joel Osteen is really a Jew named Joel Ostein.

He will be speaking at next year’s Messiah Conference on the subject, “Shekels From Yeshua: Riches from the Ruach.”

When recently interviewed by MJAA President, Rabbi Larry Feldman, Ostein, who now goes by the name ‘Yoel,’ affirmed his Jewish roots. “Yes, I always sensed I was Jewish. At our church, whenever we took an offering, I felt an anointing fall upon me. After all, we all know how good our people are with money!” At that, Ostein smiled and the glare from his teeth caused six people nearby to have an out of the body experience.

Ostein’s wife, Victoria also feels sure she is Jewish, and is now longer going by Victoria, but rather Nitzachonia. “Yes, I feel Jewish too,” she said. In fact, I have contacted the Crouch family so I might use the wigs Jan left behind when she ascended to the Kavod of Adonai. Now that I have discovered my Jewish roots, I need a sheitel so I can be a modest wife for my husband, rabbi Yoel.”

Ostein is delighted with his newfound niche.  “I am proud to be a genuine Jew,” he said. “So much so that I am having each of my jets outfitted with tzit tzit hanging from the wings.”

Final arrangements are also being made to change his congregation’s name from Lakewoood Church to K’nisiyah Etz HaYam.  “It will take some getting used to,” Ostein admits, “but Nitzchona and I are going to work hard at bringing along the mishpocka.”

Ostein is still learning how to pronounce Hebrw terms. But for the time being, mishpocha will have to be mishpocka. “Look,” he said, “It took us eight months to get from Joel to Yo’el. Give us time.”

He again flashed the smile, causing three nearby cars to collide. Explaining the phenomenon he added, “Look, the joy of The Lord is my strength. But for some people, I guess it’s just too strong!”