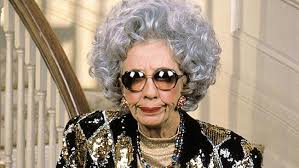 Boca Raton, FL – What started as a 10 minute congregational meeting at Ayts Chayim this last Shabbat, turned into an all afternoon affair. Board Member, Herb Mendelsohn, called a meeting to order to brief everyone on what to expect during this upcoming High Holiday season. “The High Holidays are sneaking up on us very quickly,” stated Mendelsohn. “I mostly just wanted to make sure everyone knew when our services will be and when our sukkah is going to be built.”

The meeting took a turn for the worse when long time member, Ethel Rosenzimmermansteinbergwitz raised her hand and started complaining about the lack of butter options for the challah during oneg. “We only have butter and margarine. Why don’t we have I Can’t Believe It’s Not Butter?” Whined Rosenzimmermansteinbergwitz. “I REALLY can’t believe it’s not butter and the challah is so dry without it.” After which another member, Morty Silvergoldgreencohn proclaimed that he was ready to leave the congregation altogether if they did not start leaving the raisins out of the kugel.

The meeting continued on like this for two hours until everyone collectively decided to order pizza because all this kvetching made them hungry. Sadly, the pizza was delivered with mushrooms on it, instead of on the side, which prolonged the end of the meeting even more. The meeting finally came to a halt after a record 4.2 hours when the food coma set in. Herb Mendelsohn and other congregational staff could not be reached for further comment.