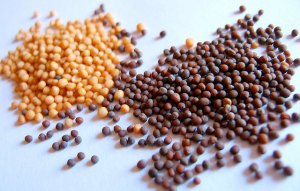 When asked why a genetically modified mustard seed was necessary, Monsanto President and CEO, Hugh Grant, said, “With buy-in-bulk stores like Costco and Sam’s Club becoming increasingly more and more popular, it will be easier to produce mustard for said stores by using much larger seeds. Current mustard seeds are so minuscule that we are not able to keep up with the supply and demand of giant bottles of French’s Mustard.”

The new plan for mustard seeds was brought to the attention of popular Professor, Biblical Scholar, and Radio Host, Dr. Michael Rydelnik, to see what his thoughts were. His response: “I guess we are all going to have to start growing our faith significantly. Unfortunately, it seems that having faith the size of the old seeds just isn’t going to cut the mustard anymore.”