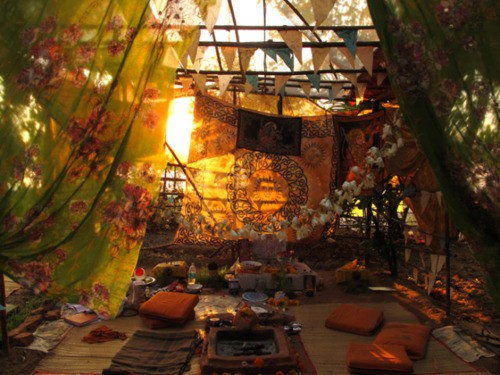 Los Angeles, CA – MTV announced this week it would be airing a new mini reality series called “My Super Sweet Celebrity Sukkah,” in conjunction with the Jewish holiday of Sukkot. Sukkot is also known as The Feast of Tabernacles and many Jews build temporary booths in their backyards to represent the dwellings the Israelites slept in during their 40 year journey through the desert after the Exodus from slavery in Egypt.

The new show will be hosted by Rabbi Jason Sobel of Ruach L.A. and will be a seven part mini series that will air every night between October 16th and October 22nd on MTV and the MTV app. The series will be a half hour long and will feature two celebrity sukkahs per episode, as well as color commentary by Shae Wilbur of EXTRA. The show will be reminiscent of the defunct TV show MTV Cribs where celebrities gave tours of their mansions.

“The latest trend in Hollywood right now is for celebrities to build elaborate Sukkahs in their backyards, even if they’re not Jewish,” Sobel explained. “I want to believe it’s because there are so many Jewish people involved in Hollywood, but I really think it’s just because they think it’s trendy. Probably mostly because it was started by Madonna and Paris Hilton. Even so, it’s drawing attention to an important biblical holiday, and if we can use a trend to educate the public on Sukkot, then it’s still a win.”

The series was filmed during Sukkot in 2015 and will bring us to the backyards of homes of Madonna, Paris Hilton, Justin Bieber, Jerry Seinfeld, Miley Cyrus, Kim Kardashian and Kanye West, and Jimmy Fallon, among others. You can watch My Super Sweet Celebrity Sukkah starting this Sunday night on both MTV and The Ruach LA web site. You will lulav it.

An explanation of why things have been so quiet here.
How many things are wrong with this photo?
He’ll wash your feet, and then He’ll wash your car.
Why do they look like dreidls?