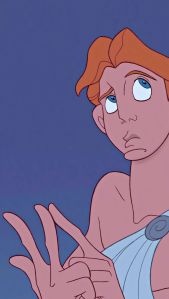 Murca — Today is the 43rd day of the Omer, a Jewish tradition that counts 50 days from Passover to Shavuot, as instructed by God in Leviticus 23:15-17. Shavuot is the day The Torah was given to the Jews. It was also the day The Ruach HaKodesh (Holy Spirit) descended, and is widely known as “Pentecost” in Christian circles. While counting 50 days was once a simple task, it has since become nearly impossible for today’s American children, thanks to Common Core Math.

“My kids have run into all sorts of issues with this cockamamie Common Core Math,” says Sharon Levin, parent, “but I never expected it would affect our Jewish traditions; especially something as simple as counting. At least, I thought it was simple. It’s just really a shame what is happening to the education system in this country. If things don’t change, my children will never be able to count The Omer, count their blessings, or even count chocula. Thanks, Common Core Math. Thanks, Obama! Wait, is that still a thing?”

For those of us who did not grow up with Common Core Math, we can still count The Omer and can expect big blessings this coming Shavuot. As for the rest of you, you will probably still be blessed, but you won’t even see it coming. At least, I wouldn’t count on it.